This photograph was taken by Russ Lynn and turned into several large canvases that were later raffled by the AANA Foundation to support their scholarship fund. The flower is known as “Russ’s Lily” because he took the photo during a foundation event.

The Russ Lynn Memorial Lecture Series provides a platform to support graduate nurse anesthesia residents by offering a venue to present their research and doctoral projects to the state membership. Each year, NJANA features these student presentations during their Fall and Spring meetings.

NJANA created the lecture series to honor the legacy of Russell “Russ” Lynn, an educator and leader who was a fervent advocate for students and CRNA’s.

He also held several key positions on the NJANA Board of Directors from 2005-2012 including President-elect (2007-2008), President (2008-2010), and Treasurer (2010-2012). He served the AANA on the National Board for the Certification and Recertification of Nurse Anesthetists, was an item writer for the SEE exam and an on-site reviewer for the Council on Accreditation of Nurse Anesthesia Programs.

Russ Lynn was highly respected and well-loved by all who worked alongside him and by the students who had the privilege of learning from him. The Russ Lynn Memorial Lecture series was created as way to both fulfill his dreams and as a way to continue to lead the way in student advocacy. This effort has been recognized nationally by the AANA leadership.

Click here to read an AANA Article about Russ Lynn who was honored posthumously with the AANA Foundation’s 2015 Advocate of the Year Award. 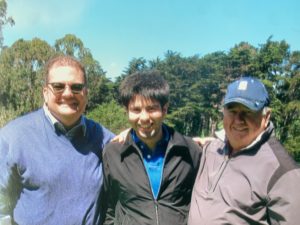 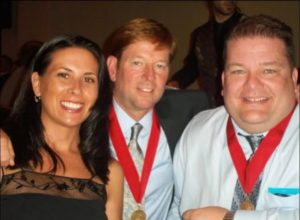